These are some of the film projects I have been involved in:

for an up to date list head over to vimeo

A Skate in the Park from Tobit Emmens on Vimeo.

A glimpse of what we do in the park

the SHOT from Tobit Emmens on Vimeo.

The Shot – fun with Damo Cross and Benjamin Borley

Tuesday 21st. This is the location scout mashup for Tuesday 21st.
Mostly I used a 50mm lens, but also a 35mm and an 85mm made an appearance. The whole piece was graded using Magic Bullet Quick Looks

—
Richard James: the unplugged sessions
I was responsible for a fixed Sony EX1, a fixed Sony Z1 and a Canon 5DMkii which was mounted on a 1.5m glidetrack for 3 tracks that made up this session.

—
The Gingerbread Man
This ‘award winning’* stop motion animation was mostly the work of my 6 year old although I did lend a hand setting up the camera and editing it all together. We used a Canon 5D mkii on full manual (not that you could tell) and a 50mm f/1.2 lens. The ‘set’ was badly lit with an old angle poise lamp. We used Quicktime 7 to make image sequences at 6FPS and then edited together with Final Cut Pro

Mort-Gage from David Salas on Vimeo.

Written by Benjamin J Borley & David Salas as Exeter Phoenix Digital Short Film Commission 2010. I was privileged to work on the sound team, responsible for location sound. I was also second camera.

—
Light my way from Damo Cross on Vimeo.

I was DoP / cameraman (using the 5DMkII and the 7D) for this music video shoot of local band Empire Nation performing their new track Light my way. This was an all-night shoot and boy was it cold!

—
Waiting for the call – Richard James from Damo Cross on Vimeo.

Not sure whether I was first, second or third camera on this music video of Richard James’s Waiting for the call, but I used a 5DMkII and a 70-200 F/2.8 lens, shooting from the right hand side of the stage. Damo shot the handheld footage on a 7D using the 16-35mm f/2.8 lens, and we had 2 fixed cameras.

This next film was commissioned by our STEP team, I was Director, runner and a grip, and compiled the first rough cut of the footage

—
swimming from tobit emmens on Vimeo.

This was shot on a 7D using the 100mm F/2.8 Macro lens. Shot at 50FPS and confirmed to 25FPS using the workflow from Philip Bloom that can be found here.

penCLAHRC Learning together event from tobit emmens on Vimeo.

This was shot using a canon 16-35 lens on the 5DMkII with the camera set to AV mode f4.5 and ISO at 640, shutter interval 2 seconds. It is a little boring, but I think our director would like us all to work that fast all the time. Oh, and it was my first effort at timelapse. 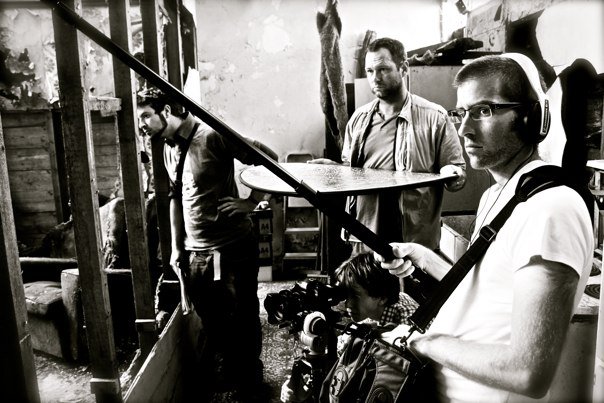 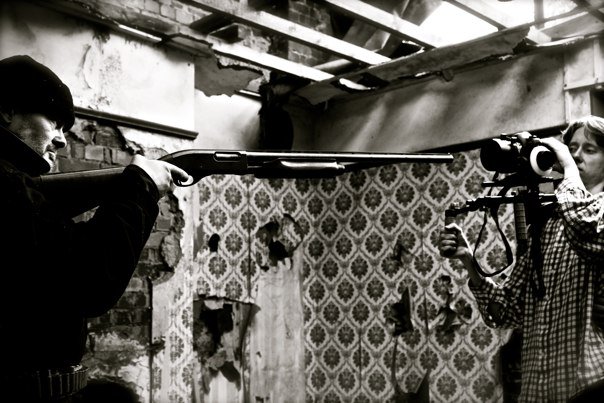 Thanks to bjb for the pictures

Still from the Empire Nation Light my way all-night shoot and boy was it cold! 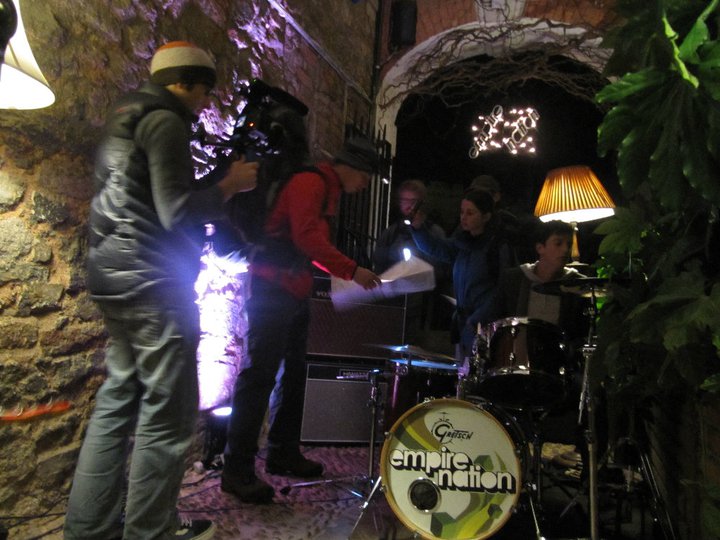