This week we heard that behind every fence, gate or wall, evil killers are waiting to pounce on innocent little children. No I am not talking about a recent BBC article, although more on that in a minute, I am talking about spiders.

Apparently, we have become infested by ‘killer’ spiders. Well…

The better to the less best have recently covered this story. They have been in Devon for around 130 years, but now they have made it to London does that make it any more news worthy?

London is not the Epicentre of the world. I think you will find that accolade goes to Exeter.

Anyway, back to spiders, Steatoda nobilis, or as it is called here, the False Widow Spider, is hardly the killer its been made out to be. It may be related to the Black Widow Spider, but lets not forget that potatoes, tomatoes, etc are related to Atropa belladonna, or  deadly nightshade to you and me.

Apparently one lady ‘nearly died’. Of a false widow spider bite, not a potato bite. Although to be fair, that would have made a better news story.

So, basically, this killer, has killed less people than a herd of stampeding wildebeests. Ok he is not actually a person, but my point is there are no recorded deaths from the false widow spider. So how does that make it deadly, or a killer?

This kind of journalism is just shit. Just like the BBC article I referenced earlier. So I wrote about this kind of thing before. Quick summary:

The greatest risk children and young people face is not, contrary to popular media reporting, sexual solicitation and grooming, rather exposure to (and creation of) ‘inappropriate’ content (pro eating disorders, pro self-harm, violence and hate sites) and cyber bullying.

and in the vast majority of cases, this exposure, or cyber bullying is actually from/by people they know, their peers.

The BBC article talks about hundreds of UK children, turns out is 184. Still too many, but not hundreds. These 184 children were from 12 CEOP cases. (As far as I can see, CEOP costs around £12M a year. I really hope they are doing stuff other than what we are being told about).

So, just as the killer spider are not lying in wait to pounce on our children, neither are the sex offenders.

There are killers on every corner though, they just tend to look like this*: 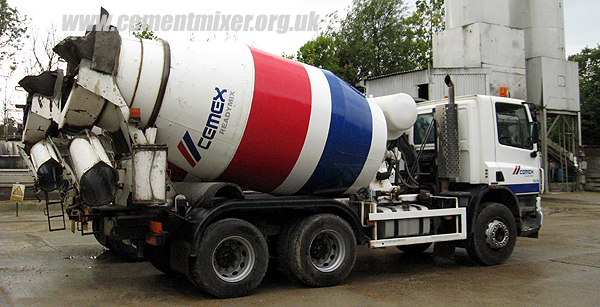 If you are a cyclist, that is.

But I don’t see any mass media hysteria about cyclist deaths caused by lorry’s, and  believe me, far more of these happen every day than any death by spider bite.

* I am not just picking on cement mixers