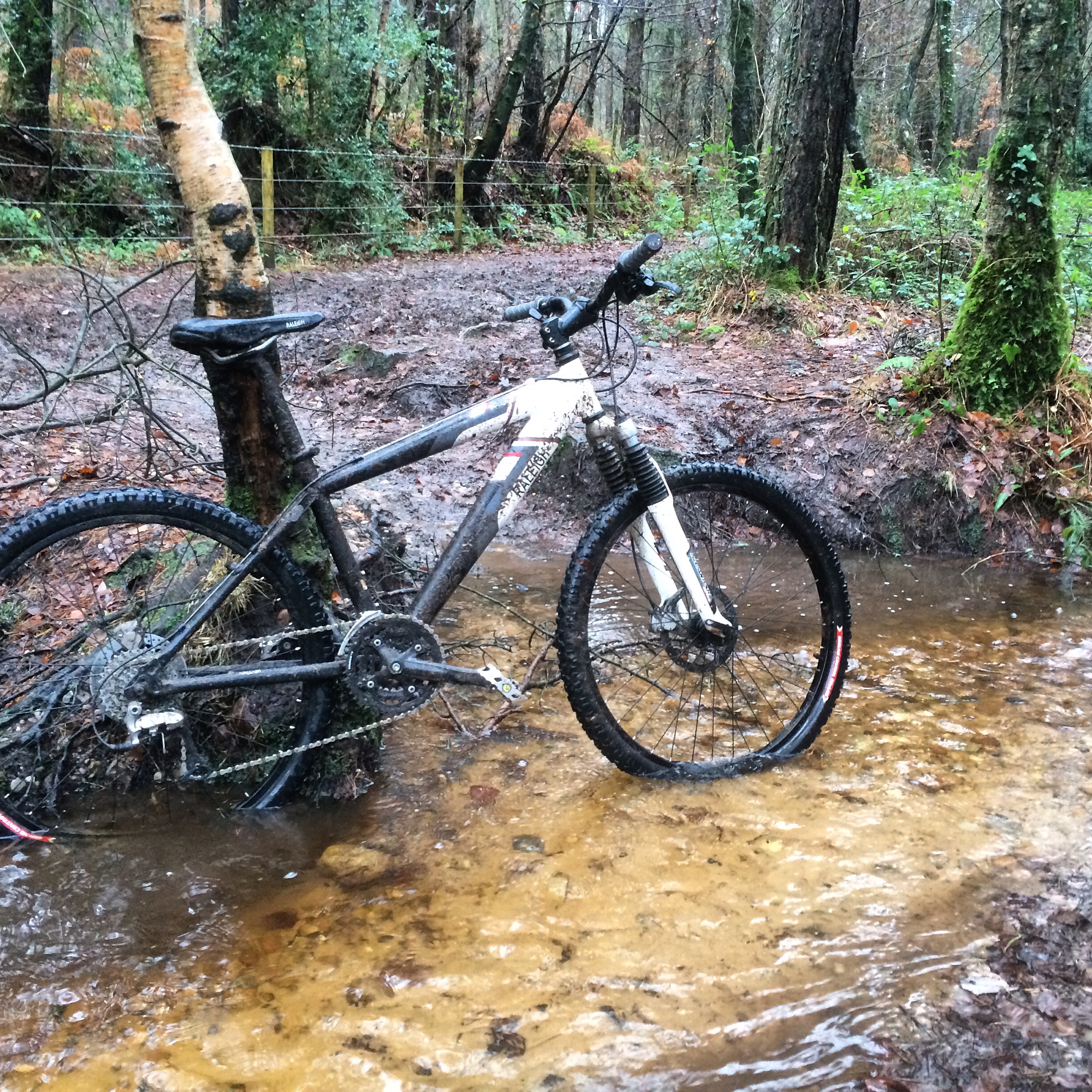 Twenty Two Years. Yes, 22 years. That really is a long break from doing something.

From 1990-1993 I was at Bicton College, doing outdoor pursuits stuff, and well, I used to regularly slip off to ride on the common (Woodbury Common), and have many good memories of riding for pleasure, training and even racing. In fact, I had been racing on the common since 1989.

I used to be pretty good back then, a podium finisher as a school boy and then as a junior, but alas, I stopped going to the common. By 1994 I was still riding mountain bikes, but hardly ever off road. I carried on cycling for a few more years, probably until I was about 22 or so, and then, I just kind of stopped.

A few years ago, I started making trips to the common to go trail running. Its a pretty brutal place to run, the cobbles are massive, and its generally under about 6 inches of water. But its a lot of fun none the less.

Well, as I posted yesterday about the whole 80s/90s mountain bike reminiscence, I dusted off my Raleigh thrasher I got in 2001 (I guess I wasn’t quite ready to give up biking altogether, even back then) and went riding.

I think I may have looked like I got dressed in a charity shop, in the dark, apart that is, from the very stylish RaceFace coat I had on. But then that’s my wife’s, as she pointed out!

I wasn’t expecting it to be easy.

I was hoping I wouldn’t end up in A&E.

I knew it was probably going to be fun.

Even if there was some kind of storm thing going on.

And I set off, the sound of a bike on the roof humming away as I made my way to the common.

I have to admit, I actually had ‘butterflies in my tummy’ pulling into Four Firs car park with a bike on the roof for the first time in 22 years. Almost like those race day nerves of years gone by. Within minutes of parking, I was kitted up and on my bike, riding off, mud flicking up, water spraying and well, my disk brakes rubbing.

I really do need to get that sorted.

I wound my way up that that sweet little down hill. Now, I have run down it a few time in the past few years, so I wasn’t expecting the racing lines I recall as a 17 year old, and then with a deep breath, I was down it, bouncing off the stones, grit hitting my teeth, holding on for dear life and not falling off.

The storm had died down, and I pottered around some familiar tracks, up hills, down hills, a little bit of single track, a few river crossing and oh so much mud!

I have to say I had a blast.

A very slow blast. And I am no where near as good as I used to be.

What a great way to spend Christmas eve morning.

Does this mean a return to mountain biking? OR is it just a fling.

I think it might be a return… although I need to save up to buy some more cycling gear, and a new bike. Does anyone have any suggestions?

So, have any of you taken a long break from something? How was it? I would love to hear your thoughts.