and probably to fill time while waiting for something or other with Bethan, I invented “Michael and Rupert Stories”.

Michael, a giraffe and Rupert, a mouse, lived on the edge of the Savannah planes in the middle of Africa. Their home is in the ZiglarZiglar woods. ZiglarZiglar trees have a magic property that enable Michael and his family and friends to blend in to them, in such a way, they are safe from the perils of the planes. Rupert is Michael’s best friend, and they go almost every where together. Rupert rides on the top of Michael’s head, nested between his ‘high horns’.

A later addition to the story were the ‘Pied Wagtail Messenger Birds’. These clever little things had built themselves a magic carpet (I could tell you about the time the monkeys stole this…) that they use to fly to Bethan and Leah’s bedroom window, often to collect them (and more recently Mathias as well) to help them with various adventures.

So they have all sorts of adventures, to the magic lake that makes them invisible, exploring the corners of the planes, and often sorting out the mischief and mess that the monkeys make!

Yesterday, I came down stairs to find Bethan had created a full set of lego characters, which they then used to retell and invent their own iterations of the stories. 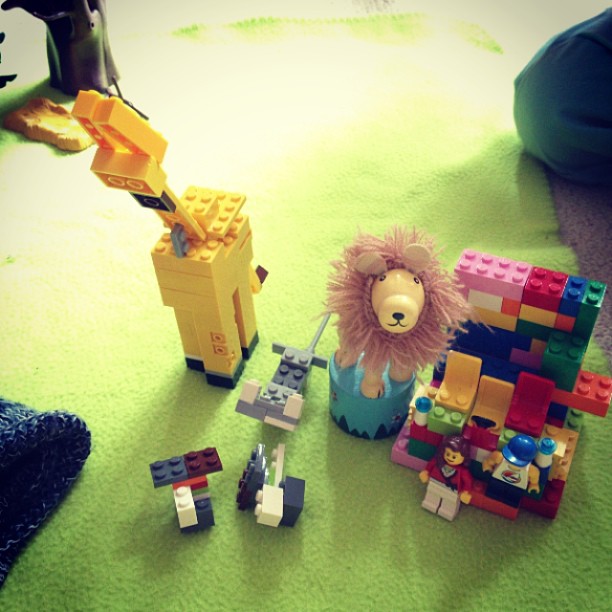 I haven’t laughed so much in ages!

What a fantastic Sunday