I have not performed a sports activity in front of a crowd since 1993 – around 20 years ago! I wrote a little about my history with bike in this past post, which might help set some context.

Here’s an old picture of me blasting down the Pipeline at a qualifier for the UCI Grundig World Mountain Bike Series round in Newnham Park Plymouth. I qualified. 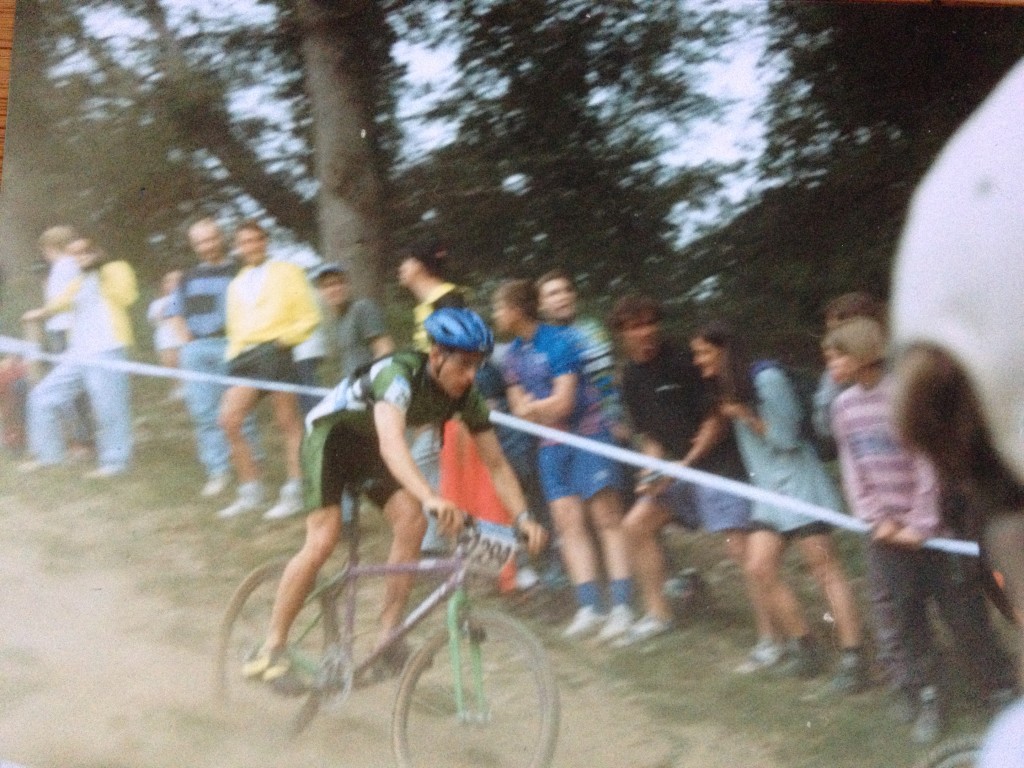 Check out those spectator outfits! Incidentally, I rode for CS Dynamo with bike sponsorship from Overburys. Ah, those were the days).

I had a look on youtube and this is the best I can find is some old Euro Sport footage from 1993 (oh the nostalgia, more so, as I was part of the UK host / organising team).

As you can see I knew how to rock pre race nutrition by stealing my sisters ice cream! 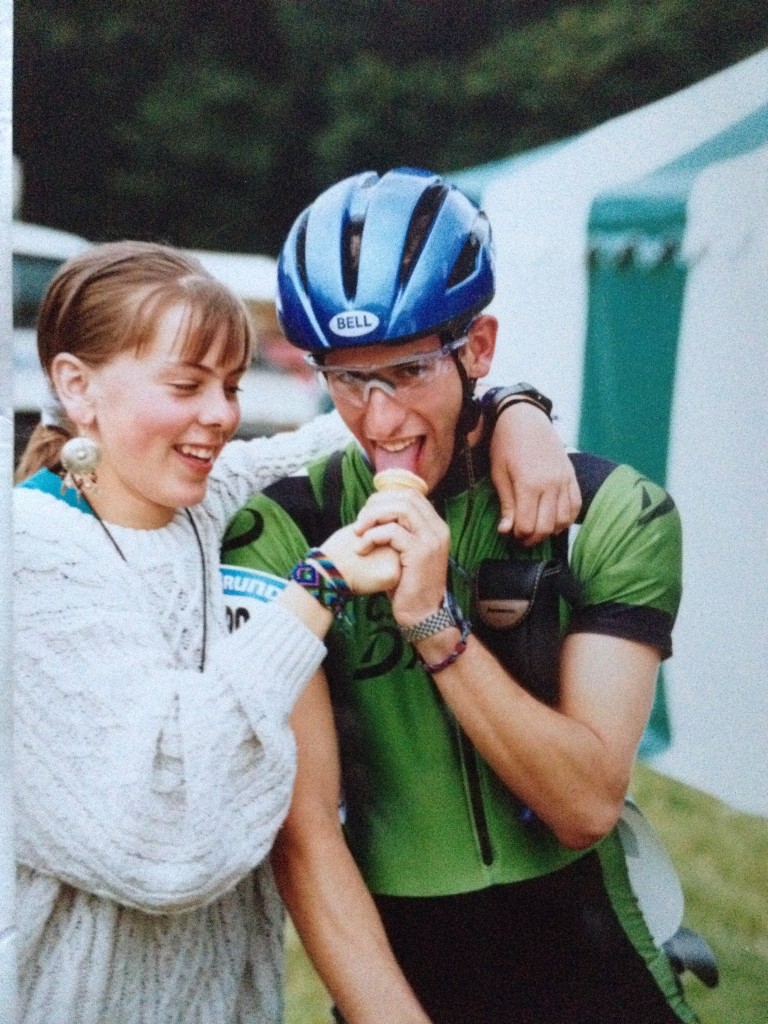 Just watching that footage makes my stomach tingle, and while I can recall the tensions, excitement, nervousness of competing in semi-professional sport, they are quite dim recollections though!

So, this Sunday, I am running a half marathon. To get to this point is quite an accomplishment given my year so far. It’s not that I doubt my abilities, I have have several 13+ miles under my belt (something I didn’t really think possible 6 months ago), but it is just dawning on me that I normally run early in the morning or in the evening, hidden in the half light.

This Sunday will be fully in the public gaze. In broad daylight.

So I am interested to see what impact this is going to have on how I run, how I feel and ultimately how I perform. Not that this is really a performance, nor a race against anyone other than myself, but I am interested no less, and quite looking forward to it. (I also imagine I will be zoned out for a lot of it though).

Hopefully I have done all I can to prepare, but mentally, nutritionally and physically; and I certainly do feel ready for the run and am actually really excited!

Bring it on. And I shall run report after.