When I was young, and living in the middle of nowhere, there were only really three ways to travel. Well four if it was a Wednesday and the bus was running. You walked or ran, cycled or begged for a lift. It was no wonder then, that the day I turned 17 I had driving lessons booked up, and eight lessons later and a whole load of driving, terrifying my mum on the twisty back road of rural Devon, I passed.

The best thing about passing my driving test meant, obviously, that I could drive. By this I mean I was actually added to my dad’s company car insurance, and was able able to barter with him or my big brother and drive.

That H reg, 1990’s Ford Sierra 1.8 TD estate was awesome. In all its rear wheel drive splendour, its 0-62 in, well, quite a long time, but more so, they way you could throw it around the lanes, and, in some kind of paradox, it felt like it was both on rails and all over the place.

Pushing it through the corners, riding the line between using it and losing it. Trying to keep the back end in from the entertaining oversteer was an art. An art I had well honed.

Running in my GoBionics reminds me a lot of those heady Ford Sierra days. I’m on to my third pair. They are a delight to run in, and I love the space in the toe box. I have pushed and pushed them, but maybe its the way I have them laced, as sometimes in the corners they are not quite as nailed as say… 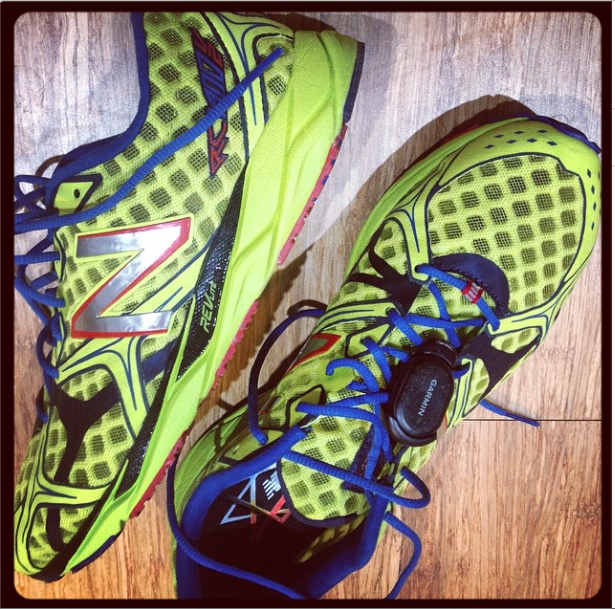 So I have run a grand total of 11 miles in my new pair of lurid yellow ‘super fast racing kicks’ and they are quite simply awesome.

They are fast. Or is that me? My first run in them and I finally cracked a sub 20 minute 5K. Just mind you, 19:59, but this is a whole 20 seconds quicker than any previous PB.

They remind me of the BMW 318i touring I used to own. Tight, nailed, confidence inspiring and absolutely predictable. Did I just write that shit? I guess I did. Oh well. Lets hope they can handle the running shoe equivalent of 124,987 miles.

Specifically, I am loving the way the 1400v2’s handle through the corners. Maybe its the tight toe box (and it is quite tight), maybe its whatever rubber they put on the soles, maybe its to do with how light they are. Maybe its the colour? I don’t know. What I do know though is that I am looking forward to running more miles in them.

I could easily see these as a half marathon shoe, and possibly a marathon shoe. I do look forward to getting a few more miles in and feeling them soften up a bit.

I’ll report back when that happens