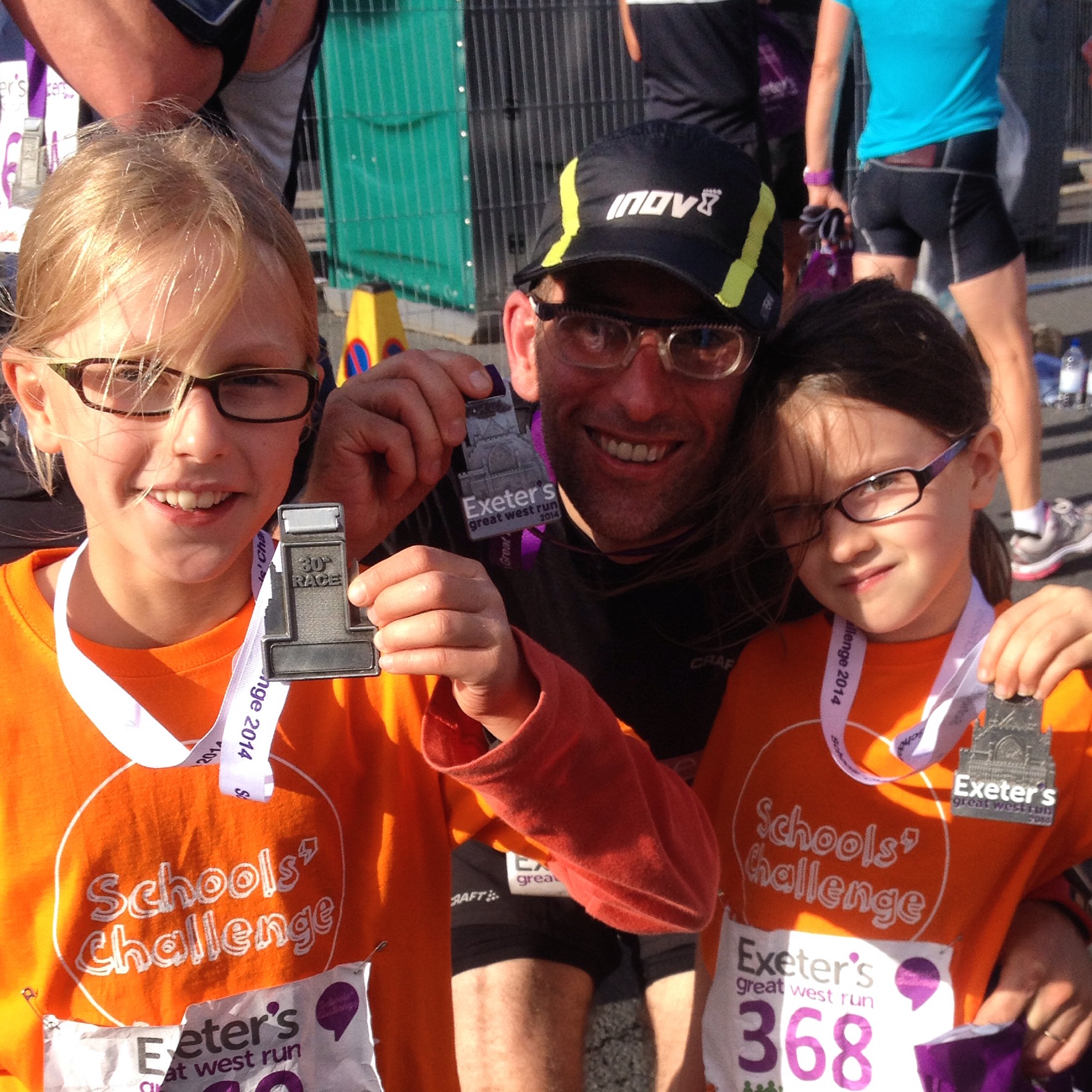 Its been a bit of a blogging hiatus here… I didn’t even manage a 2014 review, which was a shame, because 2014 in running terms was pretty epic.

The return to running health following the long build up to the coeliacs diagnosis went well, better than I planned really.

Hope 24 and 80 miles run, a 1:28:57 in my local half marathon – here with Betty and LouLou who trained and ran well in the Schools Challenge

and finishing up the year with a run total of 2375 miles run.

The end of the year saw a holiday on the Northern edge of the Brecon Beacons. The weather meant I couldn’t actually run as much as I wanted, and had to turn back a couple of times, but the running I did was a joy.

A frozen toed running up hill kind of joy.

Anyway, the point of this post was to say plenty of things have been going on and I will be blogging more.

After all, I need to tell you all about my summer running fixture, The Classic Quarter, where I am raising funds for Young Minds – I will be writing more about why Young Minds soon.

I also have some running shoes to write about, including some Hoka One One Huaka’s and some new Skechers GoRun Ultra 2 – two shoes I am very excited about!

But right now, I need to mediate who has which bits of lego…