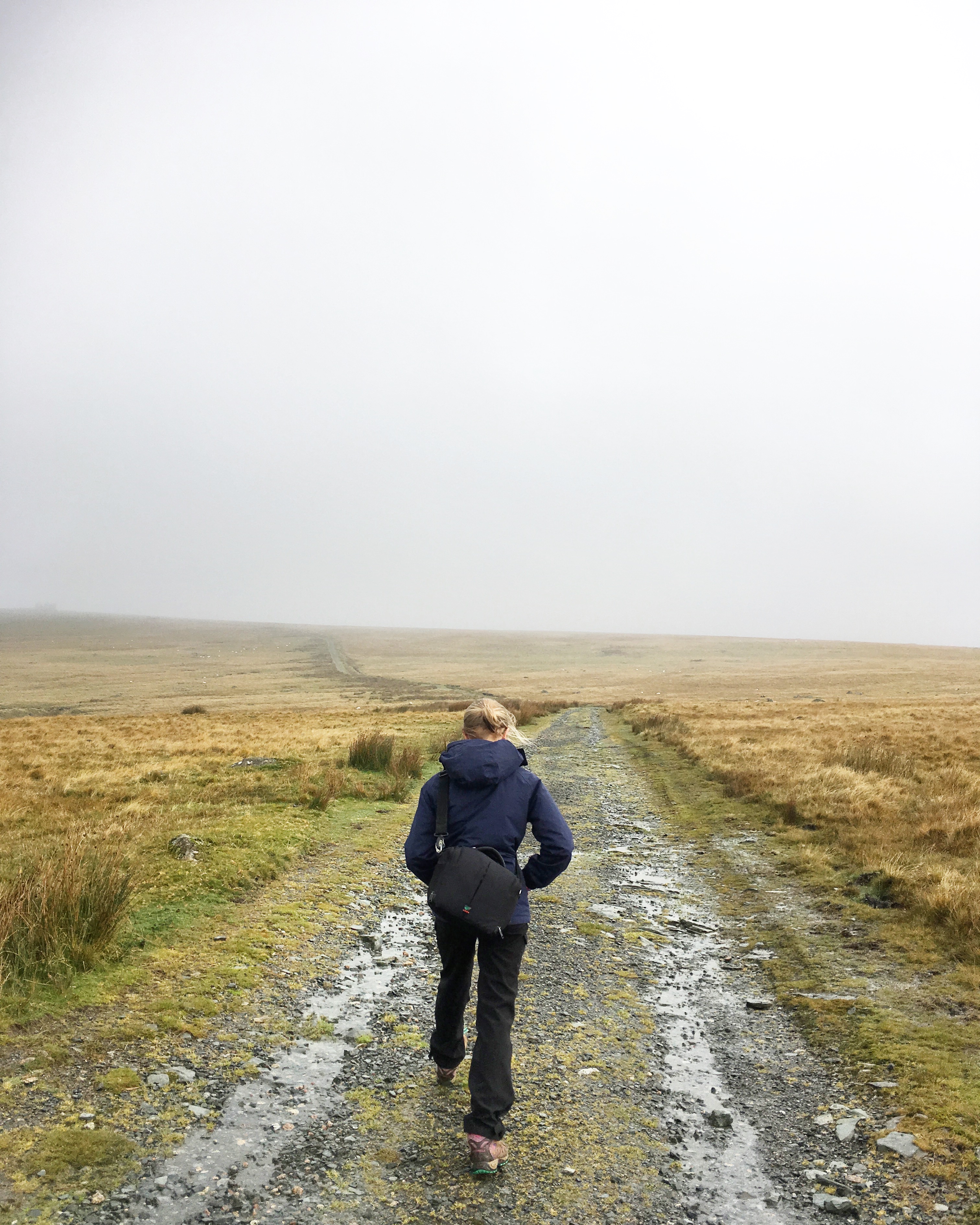 Its not particularly cold, but still, we sit in the relative warmth of the car, looking out into the murky grey October fog that clings stubbornly to the harsh granite of the moor.
The advice from Hiut Denim’s recent Medium post provides a healthy, retrospective permission for a day off;

It feels counter intuitive, but if you want to do more, head for the hills as often as you can.

Sound advice really, and its precisely why I’m sat in a car, in a carpark in the middle of Dartmoor. My comrade for the day is Bethan, my eldest, gifted with a non pupil day. Sure, I could have worked from home, we could have had a screen filled day, our minds awash with digital noise; I probably could have got quite a lot done, but today, we chose a differently.
The track to Great Mis Tor is barely visible, but its a track I know well. We step out, I carry the rucksack, Bethan the camera bag. Despite the weather we are going to persevere with a photography lesson.
We can’t really tell if its raining. The persistent, penetrating, heavy drizzle and the damp grey fog combine in such a way as to be come one with each other, and pretty much us as well. Once we are moving, the anticipated chill evaporates; its actually rather mild. Hoods up and heads up, we set off, hastily remembering to check the MOD firing timetable; a ‘Nil’ for Merrivale means it doesn’t matter too much if we go off track.

There really is something rather magical about walking through an ever shifting grey. Glimmers of sky, blue sky break through, disappearing quickly. the fog becomes more a mist, and as it lifts, just a little, its as if we have been granted permission to press ahead.

Granite masses loom out at us, reassuring landmarks; rock formed millions of years ago ground us, give a sense of purpose, a sense of belonging.
The way ahead is clear.