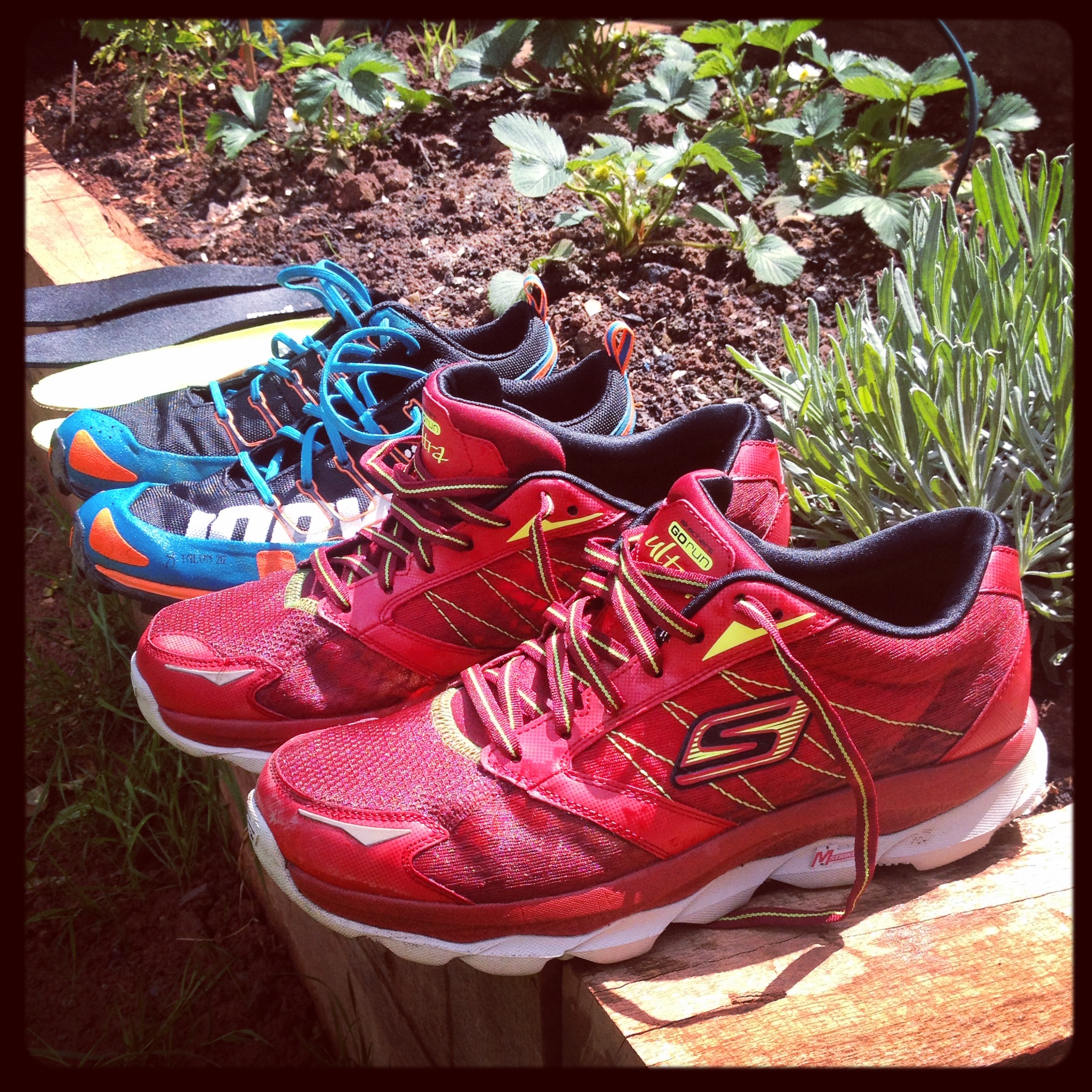 So, after 10 days rest from my Hope 24 run, and a gentle running restart (back up to 25-30 miles a week + 10 miles a week on the bike) I have had some time to help my extensor flexor muscles and tendons heal and mull over the event.

My first major observation is that running a timed, lapped ultra was a really great way to do a first organised ultra – the laps meant that a fix to something was never more than an half an hour or so away. The relatively safety of a closed circuit meant that it felt ok to experiment a little, and the clock meant that it didn’t matter so much about distance, as the finish line was always coming towards you whether you ran or sat down (or slept, or had a massage…).

That said, there are some key things I learnt, and as ‘list’ posts seem to be all the rage at the moment, I thought I would write one

Next time, I need to train more specifically. I ran around 9000 feet of ascent over 18 and a half hours. In all my training, I had never really managed more than 3000 feet. Next time I will do a lot more hill work, with long runs aiming to hit at least 5000 feet. Which is hard in Devon, despite it being hilly, the highest local hills hit an altitude of 800f max – so most hills pull in no more that 400f of climb. Training a lot on road didn’t really cause too much an issue, although, once again next time I would try to do at least 50% off road, rather then the 30% I managed.

The other big training thing I would change is time on feet. Sure I did several 50KM runs, and some 50 mile weekends, but a lot of this was at 8:45 pace, so the 50KM runs were over in 5 or so hours. Its great to be able to run at that pace, but in reality, I should have done more runs that took 7-8 hours. Although quite how that fits in with family and work, I don’t know.

My nutrition was pretty good, and I will stick with perpetuem, however, next time I will make a paste version and carry it in a gel flask, and stick with water as my primary liquid. I had no issues with solid food, and gluten free bacon sandwiches at 5am, huddled in my tent were an almost spiritual experience. Thanks Andy.

Running is quite a solitary sport, and I like that. But, I learnt, despite some pain and discomfort that running an endurance event, surrounded by friendly, helpful, generous and kind people is amazing.

Last minute shoe panics are fine! Having become a bit of a shoe geek, and owning a growing collection of shoes, It gets easier to open a box, put on the shoes and run for 30 miles with no major issues. Having shoe choices really helped my run, and the Skechers GRU were awesome for the 55 miles I wore them, I mean this – a real joy to put on. But equally so, the X-talon 212’s were the right choice for a wet, muddy, sketchy, sloppy and unknown first 25 miles.

Drymax socks (from the ultramarathonstore) are amazing – no blisters at all. Although, I need to look at whether the tight cuff of the 1/4 crew affected my tendons due to a little more pressure, or whether that was a result of 9000f of climbing. Maybe I need to try out the 1/4 crew high.

I’ve continued to run in these socks – especially on early morning urban trail runs that feature a lot of knee high grass and they really are quite amazing. Dry feet are so very comfortable.

Ah, chaffing – I had zero problems in this department – I’ll put this down to the amazing 2Toms Sport Shield that came from the UltraMarathonStore as a prize (so thanks). It just worked…

I know this a 5 things list, but having a fixed plan is likely to mean you end up in a fix…

6. Having a plan is one thing, but you need to be able to flex this as the event unfolds

It goes without saying that a fair amount of an endurance or ultra run is about mental strength. Before running, I set myself a notional target of 70-100 miles, but I also prepped to not be stressed about what might happen, and this paid off well. I experienced no unmanageable anxiety… there was anxiety, and doubt and so on, but by drawing on some mental robustness, I made it through smiling.